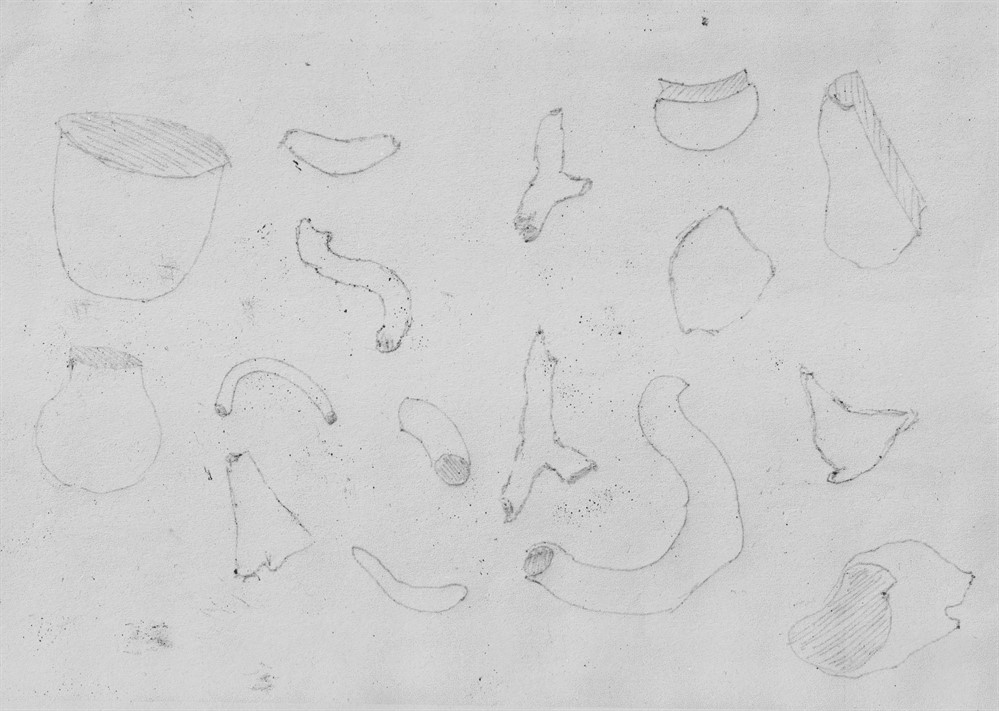 My initial thoughts for this project were around the state of the body in protest, how the stresses of now might effect us and be released from the body. Further to this, to think through what a political gesture or vocalisation might sound like when it doesn't engage with (spoken) language, yet travels through the body. If "the body is both a site of political imposition, as well as a field from which the political emerges" (Léann Herlihy, Artist), then the body must have holes of flesh tunnels for the political to spill out of/allow entrance into. Following on from this, I wanted to speculative on ways sound might emerge from or be received by our bodies.

As time went on, I’ve taken numerous breaks to adjust to transition medication and realised I had little will to contribute to more noise around protest, anger and frustration. I was drawn back to conversations I had with my good friend and collaborator Helen Davidson about how singing is just as much about listening as it is about making noise and began thinking about silence.

The economic reality for me as a medicalised transgender artist currently accessing healthcare through predatorily expensive private streams means I cannot afford a studio. Generating work and thinking outside these restrictive conditions is difficult. By collecting together primary, secondary and tertiary research I’ve been trying to allow myself to receive and listen, rather than focusing on creating and to prepare myself to channel, rather than worrying about producing artistic output. My floor, bed, desk, walls are covered with texts I’m reading, things I’ve drawn and made, objects I’ve collected, notes I’ve made, dirty clothes, unfinished cups of tea and last week’s dinner. Amongst this I move my body, colliding into and rubbing up against my various forms of research.

I will be presenting my first live work for 2 years at CLAY (The Centre for Live Art Yorkshire) on the 6/8/21 - this digital bursary has bled into what will be a non-digital event. I intend not that these two works will remain distinct, or that one will be a replacement for the other. Instead, I’m interested in the way they layer, blur and complicate one another.

Over the next few weeks, I will be adding to the site further with with errata, addendums, segues and documentation of the live work as time and health allows.

Check out invisible, without bodies by Ro Hardaker here >