'Artist, activist and drag king' Lady Kitt talks to us about upcoming project 'Folded Stories', a response to the permanent collection at the Bowes Museum 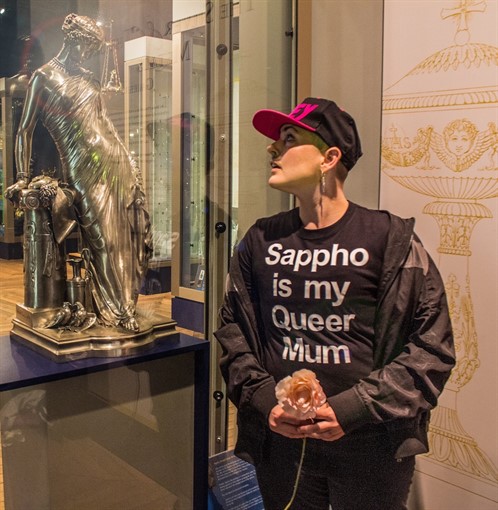 Introduce yourself and tell us about your practice:

Hia I'm Kitt. I'm an artist, activist and drag king. I've been making work in a social(ish) practice for about 11 years. My projects have included all sorts- from super-sized origami, to collaborative sandwich making, to setting up an international feminist art magazine for and by children. I’m dead curious about the social and political functions of the stuff that gets called art.

I guess my practice is an ongoing attempt to play with, develop and understand this. It’s both: a series of intimate acts of making and then also public / collaborative acts of negotiating & sharing.

The process of creating physical work strengthens my resolve I suppose, my sense of what I'm doing and why. But for me, any physical objects produced are just a trace of the labour intensive and emotionally rich making, thinking and connecting which happens during a project. 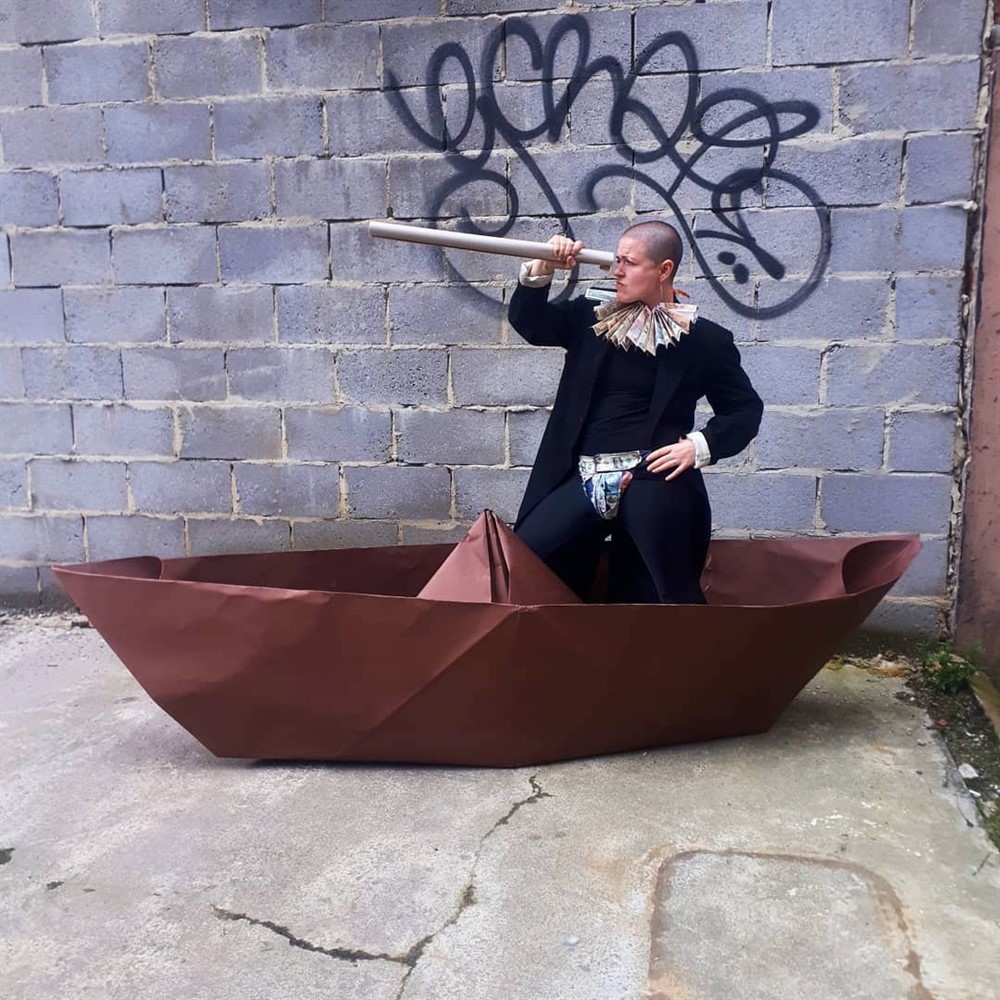 What is Folded Stories, how did the project come about and how did you become involved?

Folded Stories is my response to an "#Untitled10 2019" commission from The Bowes Centre.

At the start of the year I was one of 10 artists commissioned to make work responding to the permanent collection at Bowes Museum in County Durham, an exhibition of our work opens there on Oct 11th. The collection was amassed by a wealthy 19th century couple and is (mostly) European art and crafts from 1600s-late1800s.

I have a life-long love of Bowes, I grew up in nearby Bishop Auckland, visiting often. I also have deep frustrations with the lack of LGBTQ+ interpretation/stories in the collection and I’m super pleased the Bowes Centre has embraced and responded so positively to my work. I liked the idea that queer stories were "folded" into the collection, just waiting to be opened up and shared. #Untitled 10 is all about process, which is pretty handy because my work is (about) an ongoing process.

The work I'm presenting at Bowes was not made by me, sitting in solitude in my studio. It's been possible only through discussing, devising and some disagreeing! I’ve worked alongside local LGBTQ+ people to make the work. Collaborating with drag collective DGA https://www.facebook.com/DGACollective/ to develop a day of drag performances in response to lgbtq+ stories in the collection, including co-founder Josephine Bowes work as an 19th century "Drag King".

What do you want audiences/viewers to take away from it?

Well, for people who already have a relationship with the collection- I'd like them to be surprised, to maybe discover something new or unexpected, or to look at familiar objects in a different way. I'd love queer people who come to the exhibition/ are involved in the project feel a sense of visibility.

For me it's like a feeling of, I don't know, relief almost, You know? Like- "Oh look, here I am"?! when I go to a museum which doesn’t automatically interpret objects through some sort of heteropatriarchy tinted lens. I think that’s important.

People need to see their own (hi)stories being told. We also need to consider our own inherited privilege. One of the drag characters I have created during this project is called Captain Privilege. He, with his ludicrously large codpiece and ruff made from international bank notes, represent my inherited privilege- having the opportunity to be here at Bowes, being paid to make art and having the luxury to think about all this.

So there’s a spot of serious thinking to be had if people are up for it, but I’d really like people to have fun with the work. Quite a lot of my work is…a bit cheeky really. I'd like people to go away with a smile on their face, a few questions bubbling round in their heads and a little queer heart in their back pocket- that's a bit obscure isn't it?! Folks will just have to come along to the exhibition to find out what that's about...