Photograph taken from microlight over the volcanic island of Lanzarote. 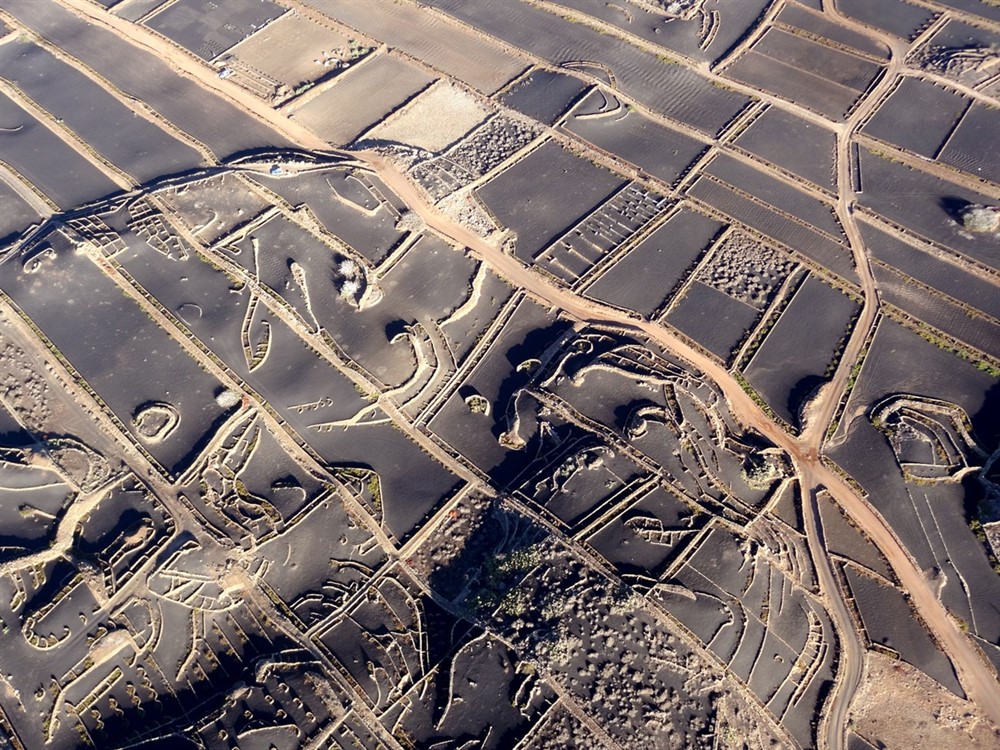 I am currently working on a collaborative project around the shut down and decommissioning of Wylfa nuclear power station in Anglesey, North Wales. 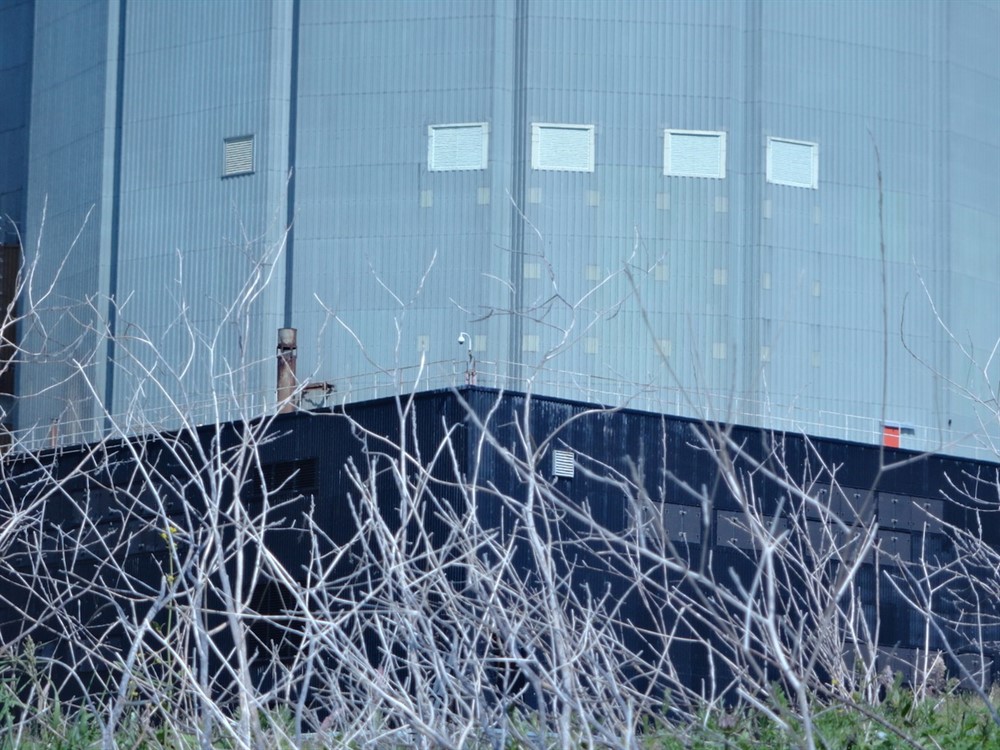 Image created with 2D layering techniques of the former corset factory in Letchworth Garden City for the film: Letchworth A Dystopian Vision. 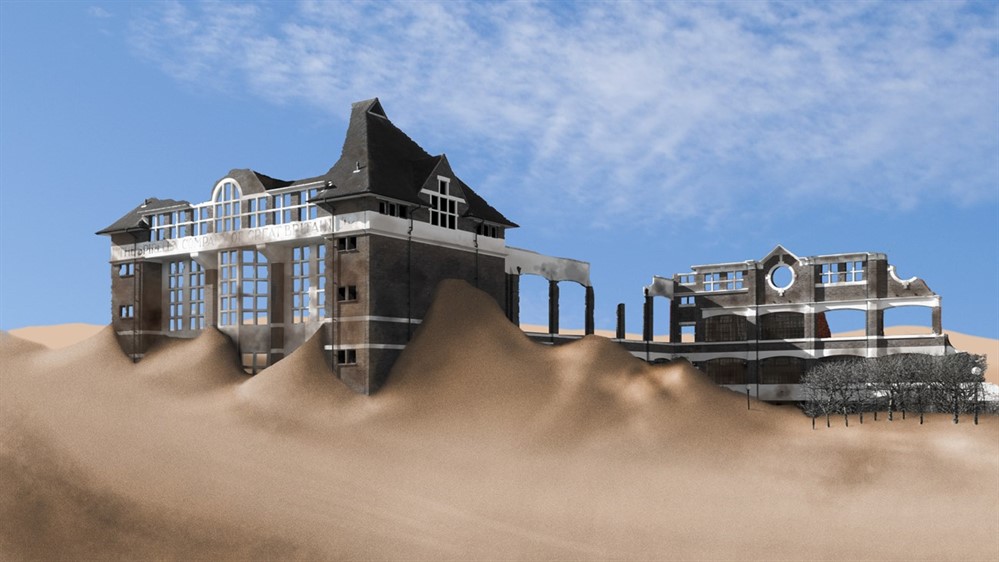 The Mysterious Blue Rider visited the Pyramids of Guimar on Tenerife in the Canary Islands, Spain in April 2017 in a quest to find the lost route to Atlantis. A project by Volkskammer, Berlin. This was the impetus for a series of new short films on Instagram and You Tube. 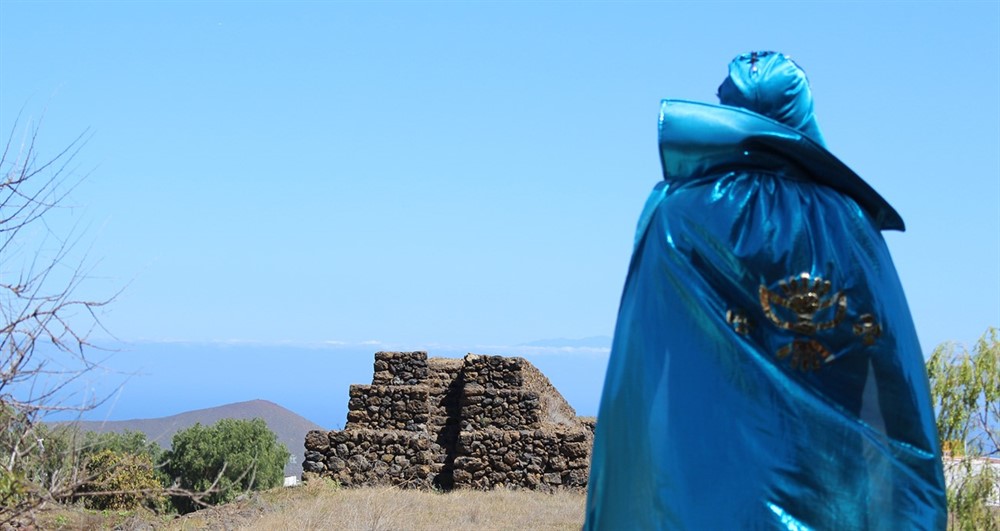 The video work Disaster Capitalism (2016) explores the obsession with governments and the erection of walls and fences along national borders. Focusing on Calais 'great wall' initiative, the voice over, based on a text by Wendy Brown, examines the futile nature of such projects.

Rogoff (2000), Wolfe (2012), Vaughan-Williams (2012) and Brown (2010) highlight the importance of the geographical manifestation of borders. Rogoff sees borders as being about lines of division and can also exist as zones of challenge traditional systems of order. Brown observes that geographical borders are often intensified by the building of walls. Here the sovereign state can project an impression of supremacy even if its power base is diminishing. Expanding on these ideas Vaughan-Williams questions our preoccupation with geographically situated border, unfixing them from their moorings to exemplify how they operate as a bio-political device. 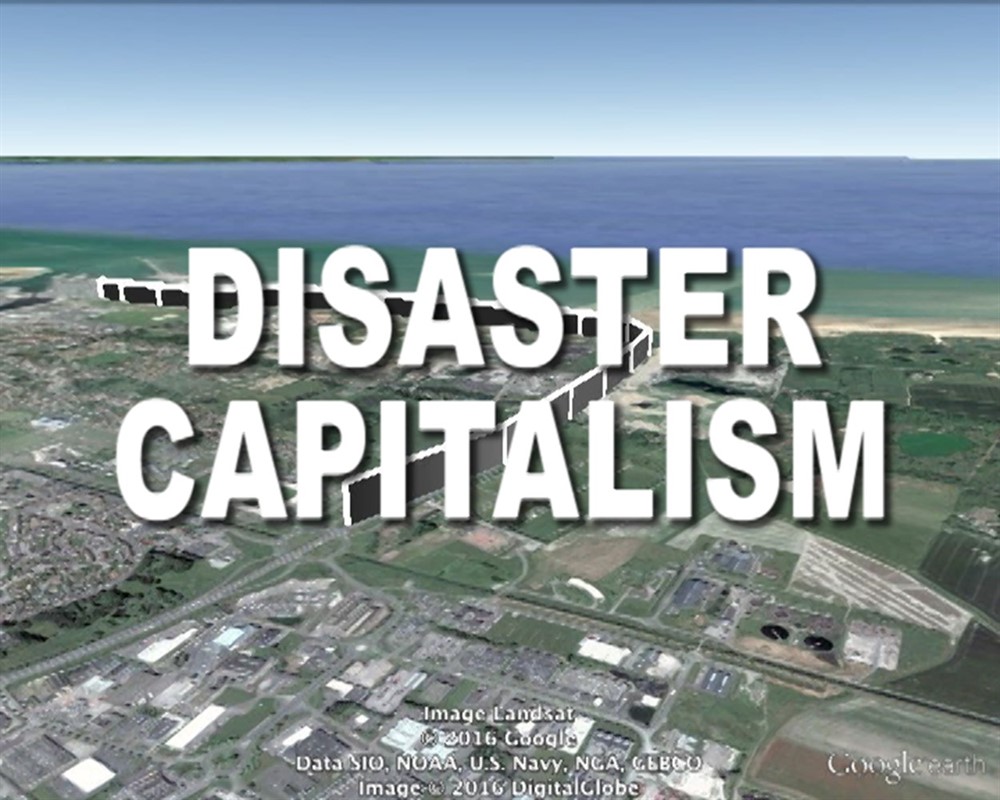