During late Summer I collected deadheads from my garden and processed then into paint for Deadhead Mix. I also made a number of works by soaking papers.

Since then I’ve have been making watercolour paintings only using Caput Mortuum (a paint colour named in the Latin for dead head). Caput Mortuum is a dense pigment that naturally sinks rather than flows. I use a wet into wet technique so the brushstroke and pigment disperse, and actively use ‘backruns’. My watercolour methods are also influenced by contemporary suminagashi (Japanese marbling). I’ve been using the inner circumference of circle templates to make a taut pool. I am working with the interaction of surface tension, pigment granulation, and stroke gesture. 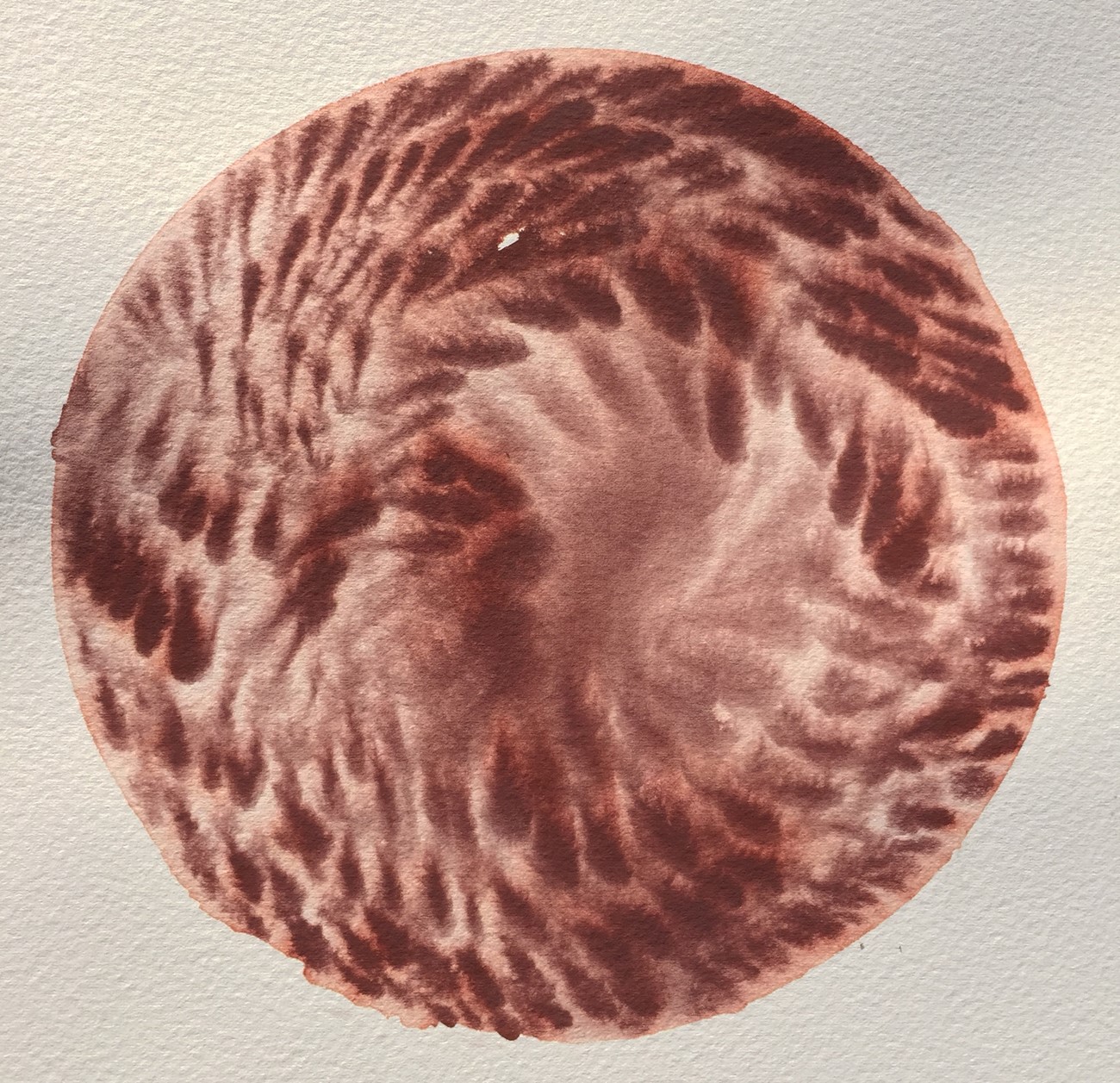 Sundry Watercolours and sketches at the moment/place, 2014

These are quick sketches coloured from memory of places in passing. A study of: 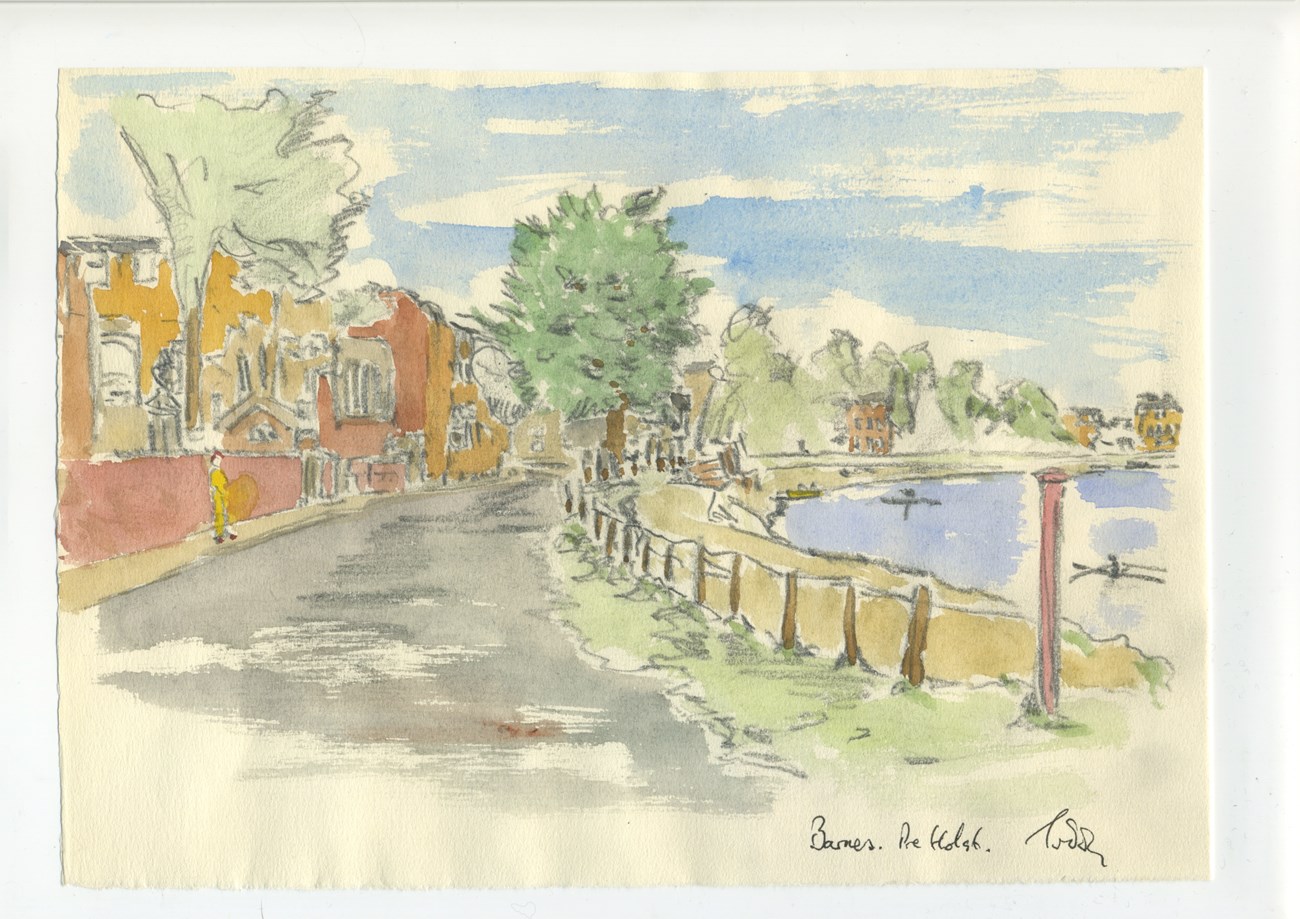 Small watercolour sketches made during 2013 travels to the Lyngen alps, near Tromsø, Norway. 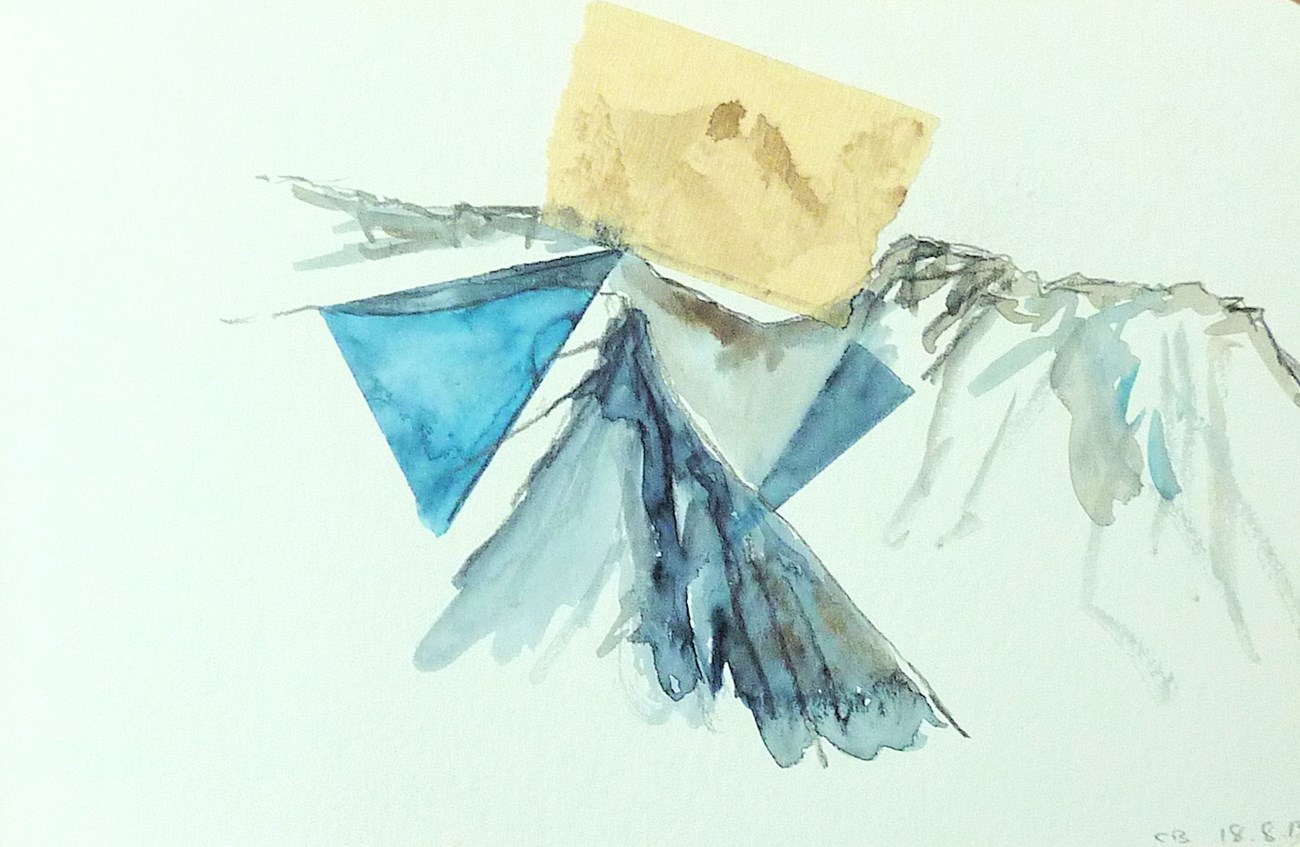 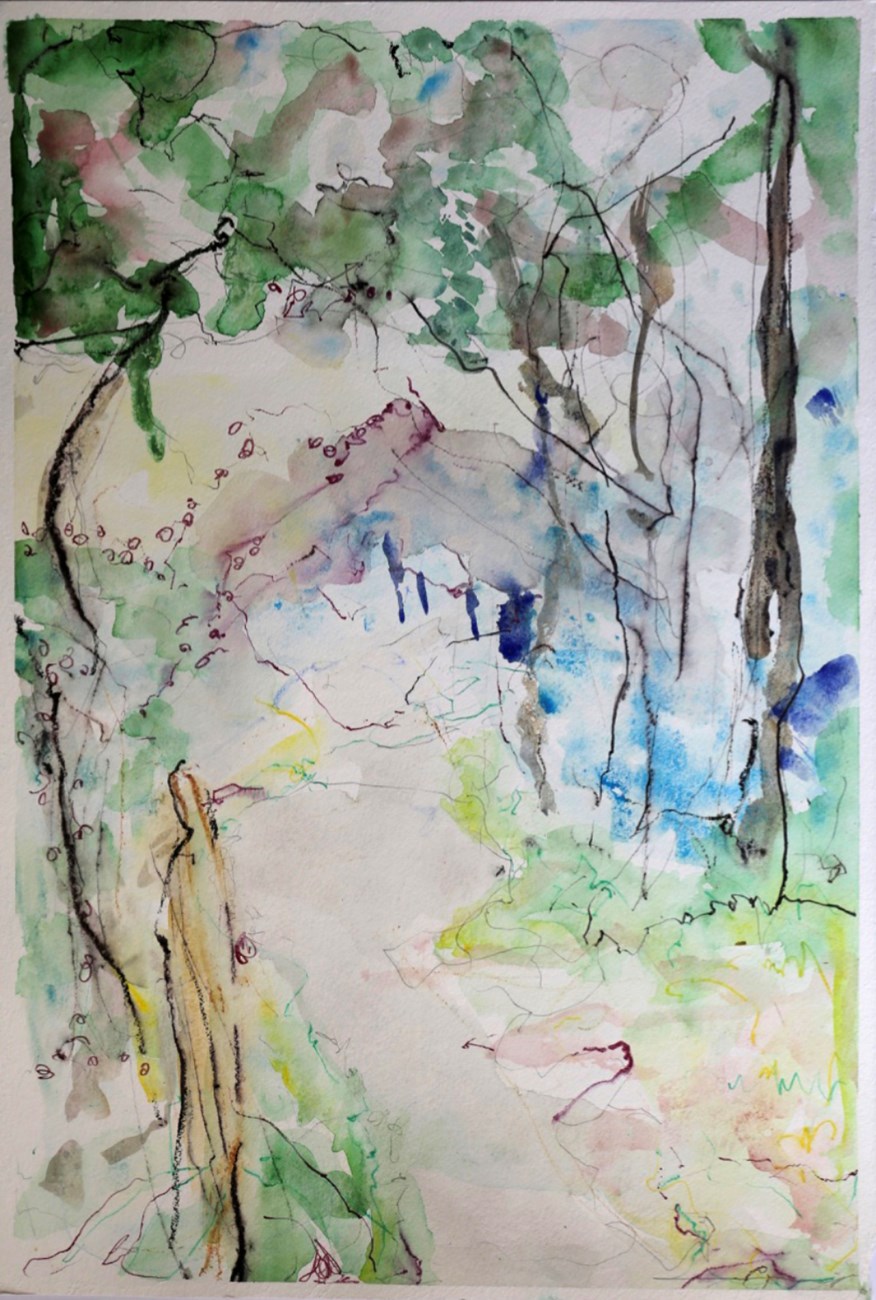