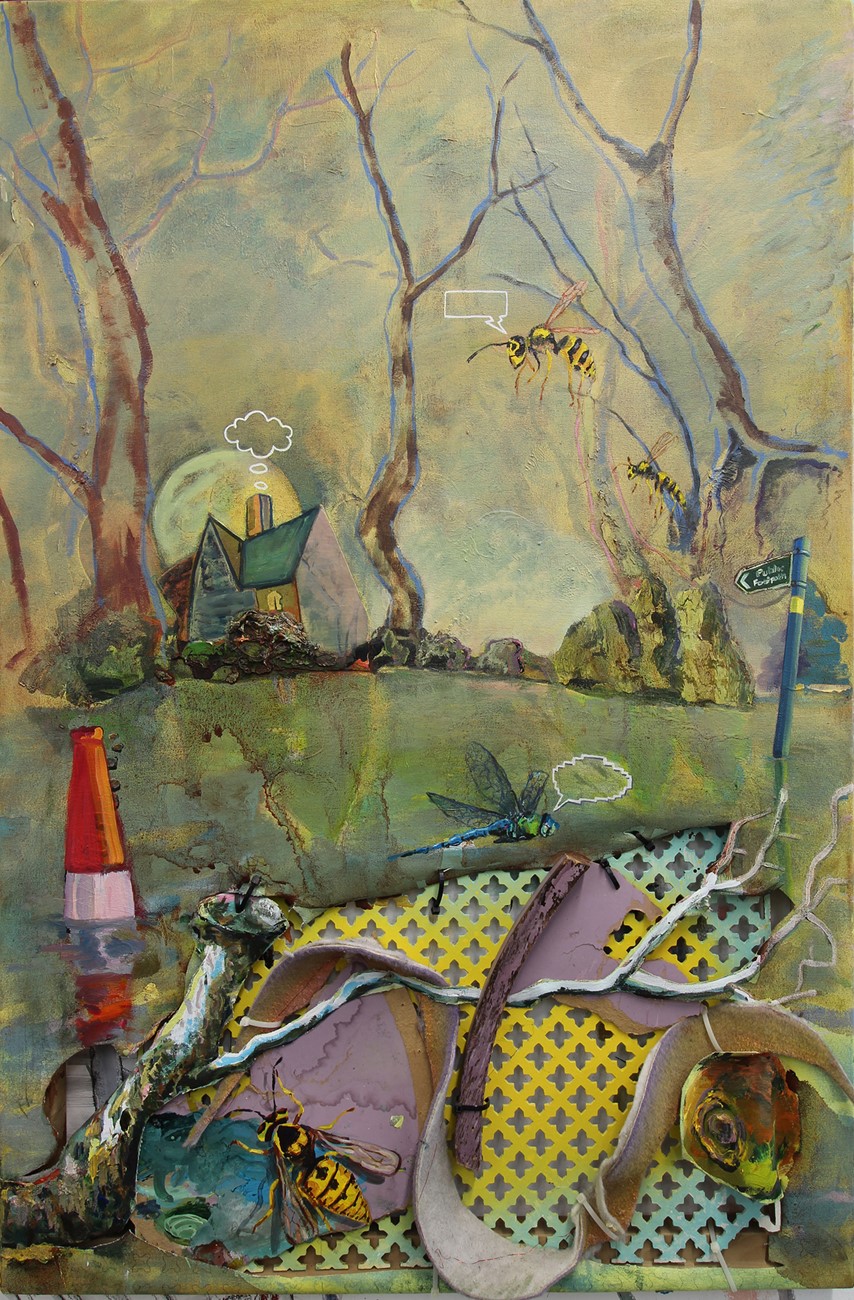 The starting point for inspiration was an old horror film video cover of the film The House by Cemetery. From there other elements and themes evolved such as dream like walks in the countryside.

The combining of collaged elements included house hold DIY materials such a radiator cover and studio detritus from the creative process. These paintings were started, discarded and renovated over a period of a few years.

Made in Grimsby • The documenting of a small lifestyle clothing brand called Anywear, 2021 by Sue Stone 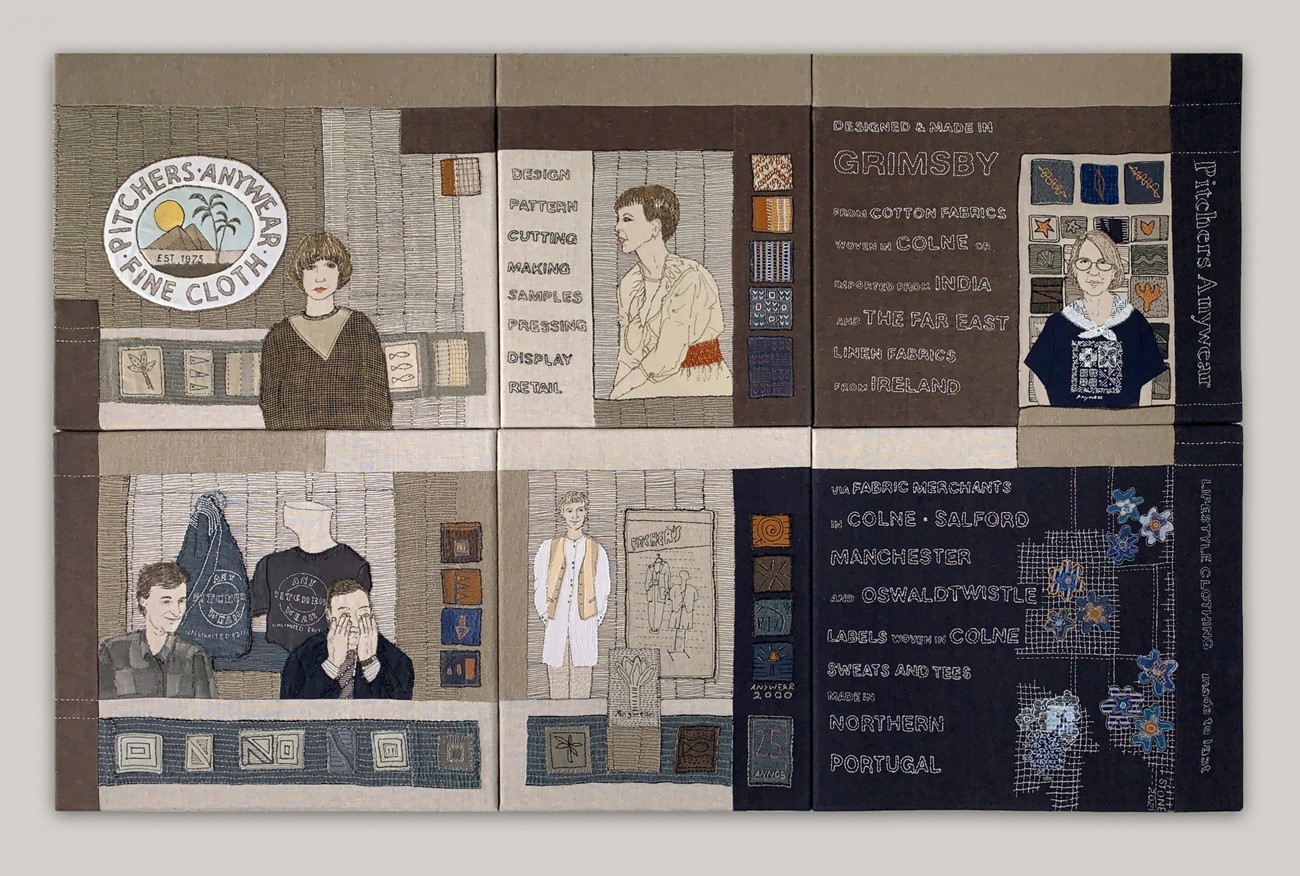 From 1975 to 2002 in an Edwardian shop premises in Grimsby, North East Lincolnshire, an area more associated with fish than clothing, Anywear designed and manufactured womenswear. In the early days the cloth used to make the ‘one off’ designs was woven in Colne but as the Lancashire cotton industry declined good quality cotton fabrics became more and more difficult to source. Cash flow was tight and in this business Sunday was not a day of rest but a day spent travelling. The business turned to fabric merchants in Manchester and Salford to supply their cloth making weekly trips from Grimsby to Lancashire to choose bolts of cloth that now travelled from places like India and the far east.

Design, pattern drafting, cutting, sample making and finishing were all performed ‘in house’. As the business expanded local outworkers were employed to make the clothing range and local retail outlets were opened.

There were many ups and downs during the lifespan of this business; the excitement of the early choreographed fashion shows, the ‘one off’ designs, the opening of new shops and a foray into mail order, (pre-Internet) outweighed the weathering of 2 recessions and despair at the cost of defending copyright infringement by bigger business. A series of burglaries led to the business no longer able to get insurance. The need to become more commercial led to less creativity and the designer had had enough of designing other people’s clothes. 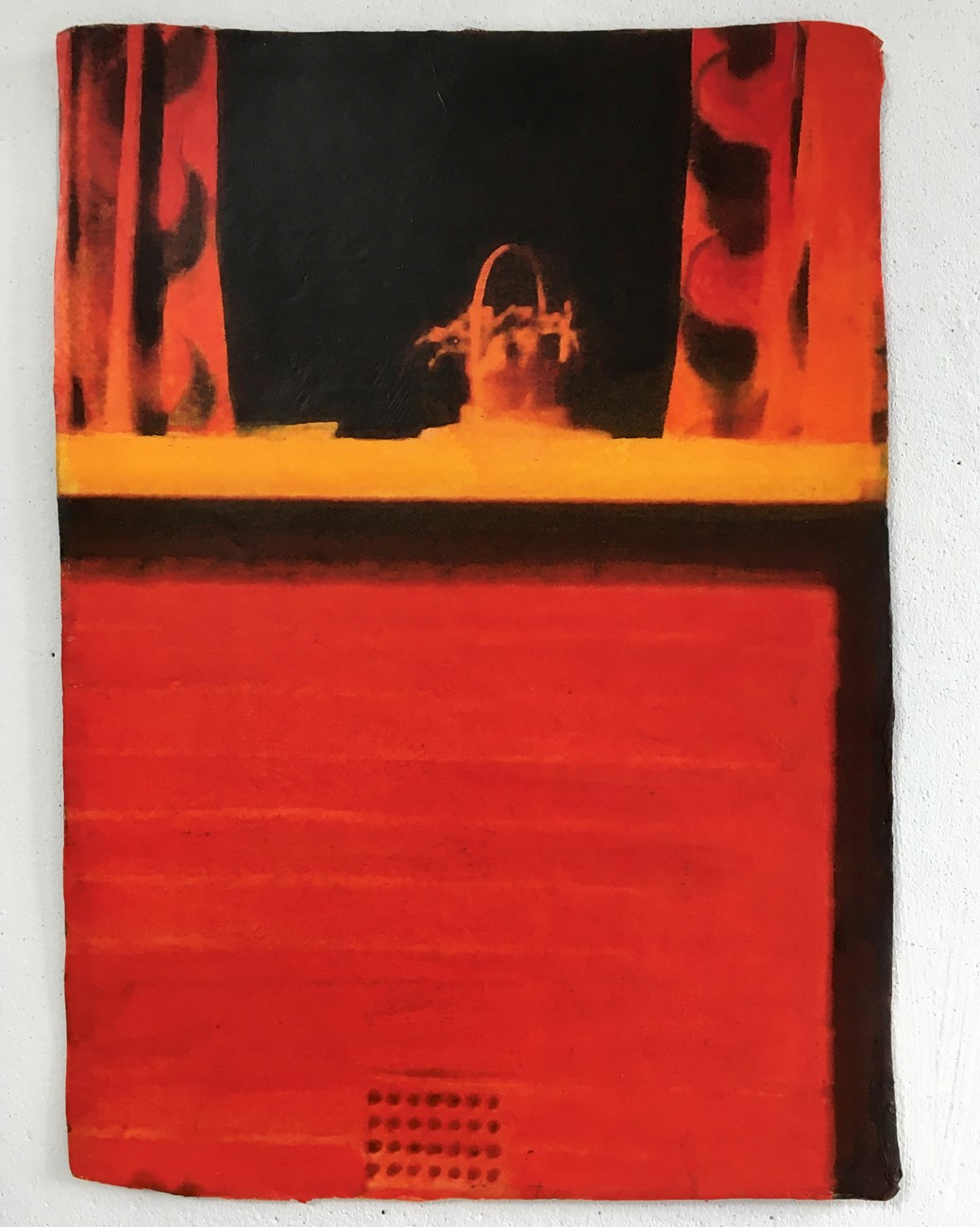 Selected for the Wells Art Contemporary 2021. 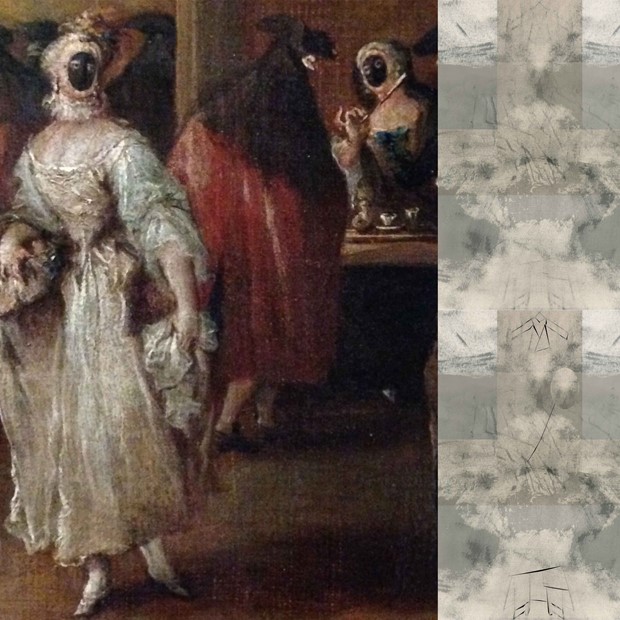 From The Conjugated Museum ©2018 Jane Boyer

Created during a year-long research residency at The Fitzwilliam Museum in Cambridge. Using a methodology of intuition, I visualised examples of the fantasies playing in my head as I strolled through the museum galleries engaging with the work. I made 40+ digital images during the residency.