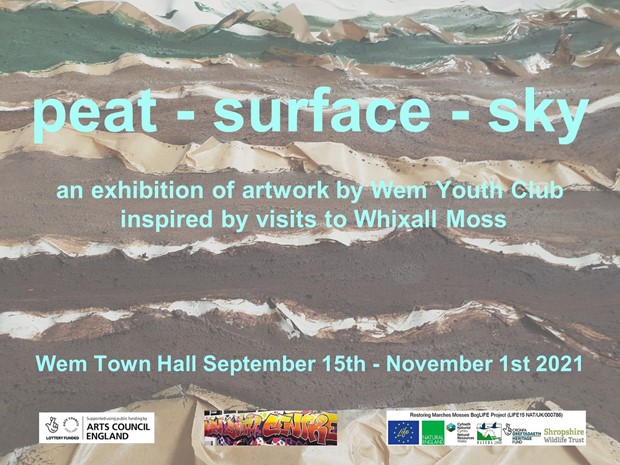 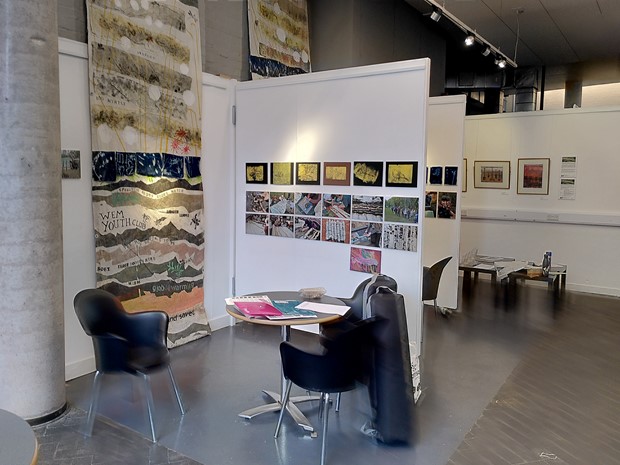 An exhibition of three 7m long banners and other artworks made by Wem Youth Club inspired by visits to Whixall Moss with artists Kate Johnston, Sue Challis, Andrew Howe and Anna Martin of Shropshire Wildlife Trust, plus artworks by Andrew Howe and Sue Challis, and displays about the Marches Mosses BogLIFE project by Shropshire Wildlife Trust/Natural England
There will be an open event at the Gallery on Tuesday 19th October, which will also include a showing of a short film made by MediaActive Projects CIC documenting the project with Wem Youth Club and the making of the banners.