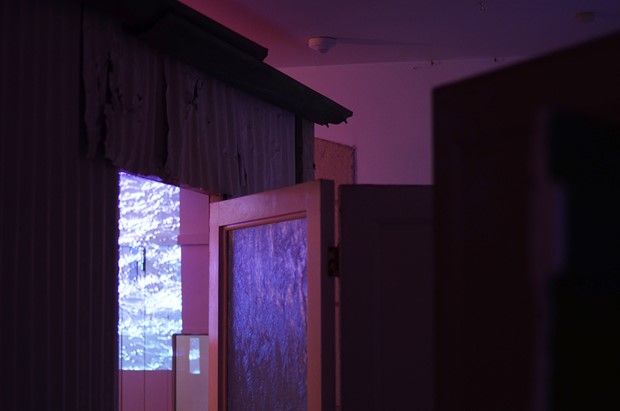 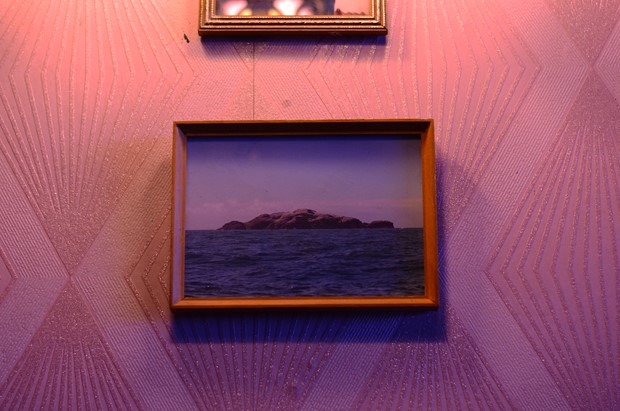 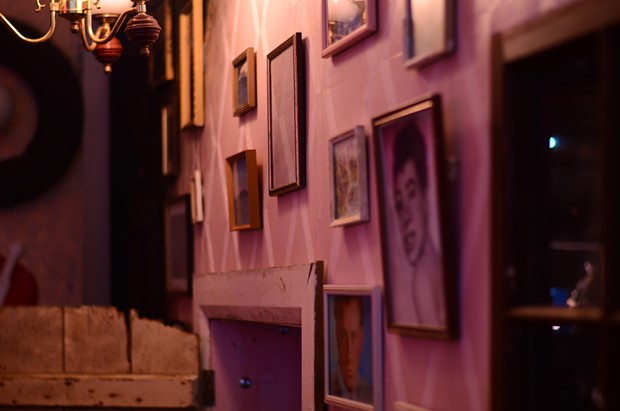 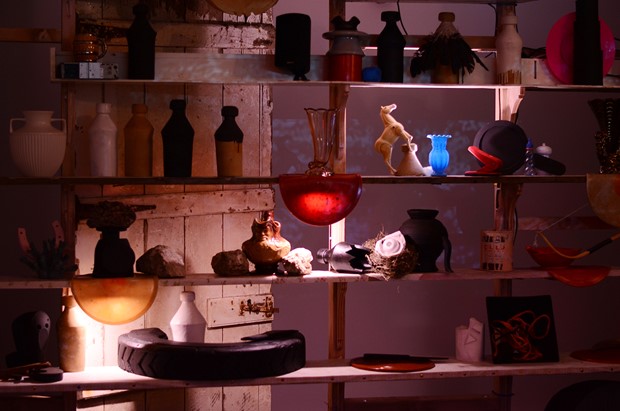 Lloyd’s immersive installation Gwales presents a fictional narrative of a group of people who, after years of being priced out of their family homes, have tunnelled into a stack of big bales to create the new home of Gwales. From what’s at hand they try to re-create their culture. They arrange images of their cultural icons and their last possessions, some significant, some banal. From the silage bales they brew beer and cut records in an attempt to re-create the good times, but they begin to forget and drift into oblivion.

Lloyd draws on his own experience of growing up on the St Davids peninsula, including sources such as Welsh ’70s pop culture, adventures in derelict buildings, and the wild sea.

Osi Rhys Osmond's aphorism 'Cultural Alzheimer's', used to explain the forgetting of Welsh identity, influenced his decision to combine humble materials and objects from farm buildings, which may seem easy to abandon, but prompt viewers to consider the families, communities, heritage and the local spirit they represent.

The title of the exhibition is taken from the story of “The Assembly of the Wondrous Head” in the Mabinogion, where a group of companions live for 80 carefree years in a marble palace, oblivious to the outside world, until a forbidden door is opened and harsh realities return.

In a contemporary context, Gwales can be read as an exploration of a housing crisis, which many feel has been intensified by an expansion in second home ownership and holiday rentals. In this sense, the opening of the forbidden door of Gwales is the realisation that, as Mererid Hopwood put it: “We cannot live in oblivion and pretend that all is well, but must look and see and act.”

Gwales has been supported by the Arts Council of Wales.