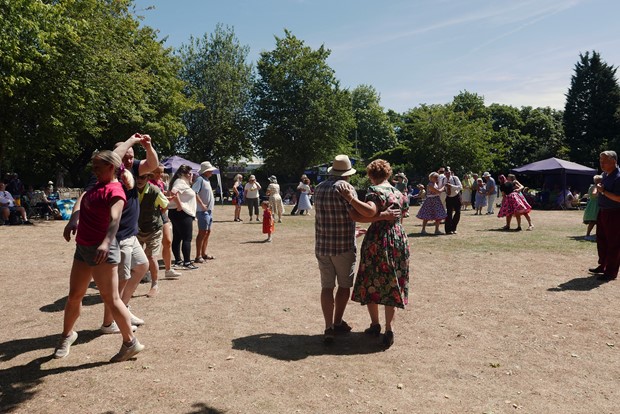 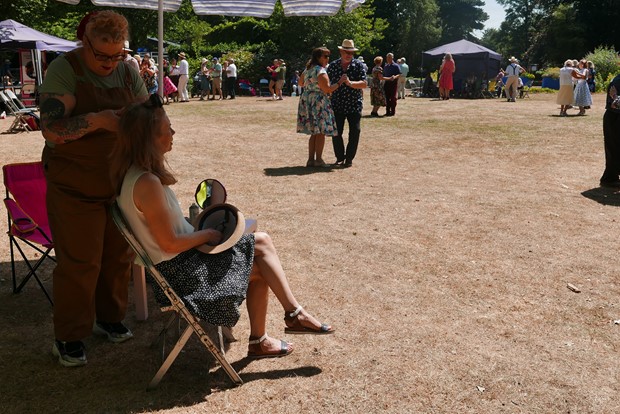 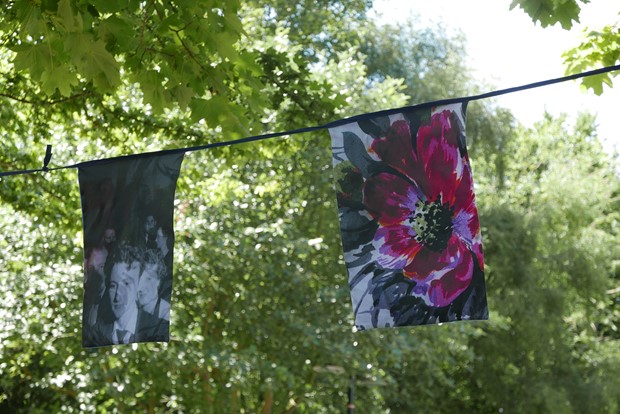 The Last Dance took place in Selby Park on Saturday 16 July from 12 midday – 3pm highlighting the works dances that used to take place in Selby in the 1940s and 1950s.

The event was a tribute to, and small-scale re-enactment of the BOCM (Olympia Mills) works dances that used to take place in the Park, when the swimming baths (now demolished) would put a dance floor over the swimming pool and transform into a dance hall.

The Last Dance was a relational event, devised and managed in collaboration with artist Patricia Mackinnon-Day. This event was part of our research residency based along the Barlby Road area, commissioned by Selby District Council, which will feed into designs for new developments in the area.

The event was centred around the bandstand and surrounding grass in Selby Park, and involved music and dancing, an outdoor bar run by the Jolly Sailor brewery (based on Barlby Road), memorabilia of the park, dances and BOCM, and an invitation to contribute oral histories and reminiscences.

That Old Swing Thing band played during the afternoon on the bandstand. Dancers from Selby’s Theatre and Dance Academy performed specially devised dances to the music and encouraged audience members to dance alongside them.

In between the band sets, the Swing Time Vintage Dance Group gave dance lessons accompanied by their own pre-recorded music, encouraging audience and passers-by to join in, and learn 40s and 50s dances, of the type that would have been popular during the BOCM dances.

Oral history volunteers from Selby Abbey chatted to passers-by and recorded memories and histories of such events. Posters, bunting, cups and even beer tap labels were all specially designed to transform this corner of the Park into The Last Dance.