My practice acknowledges a repatriation into the rural landscape, dealing with compulsive hoarding and collecting. Recognising horror vacui forms the basis for my work, where art and the quotidian collide, creativity arises. 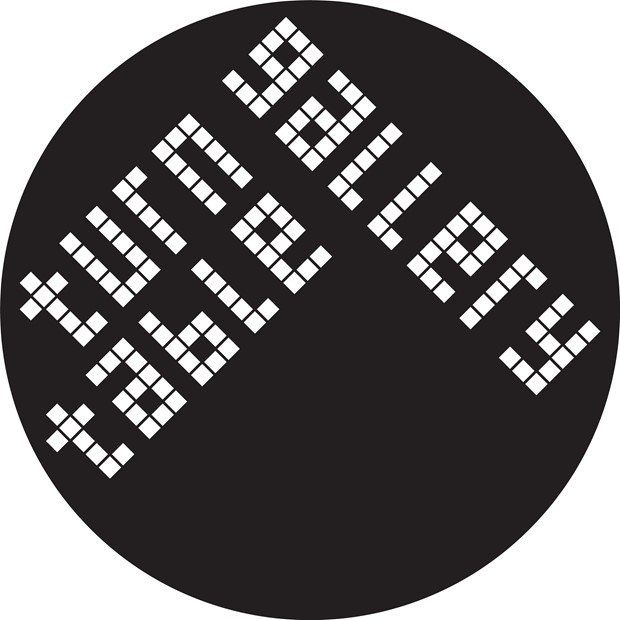 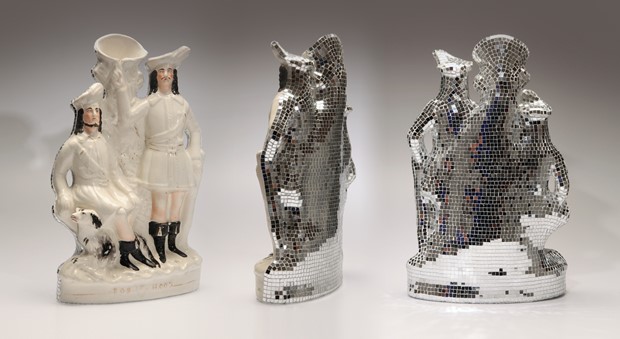 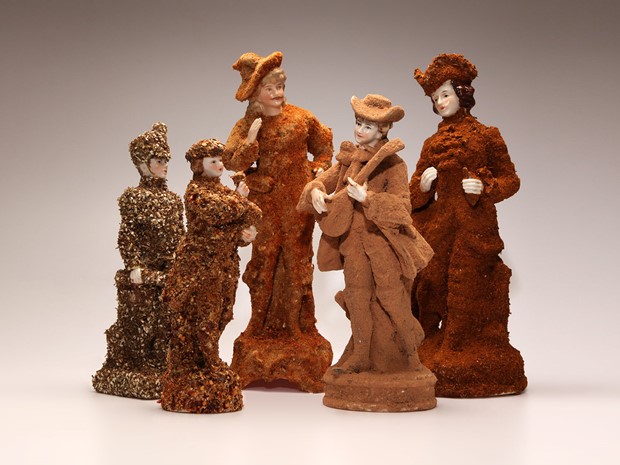 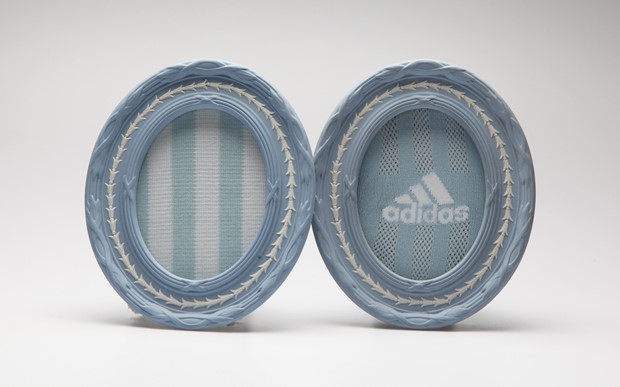 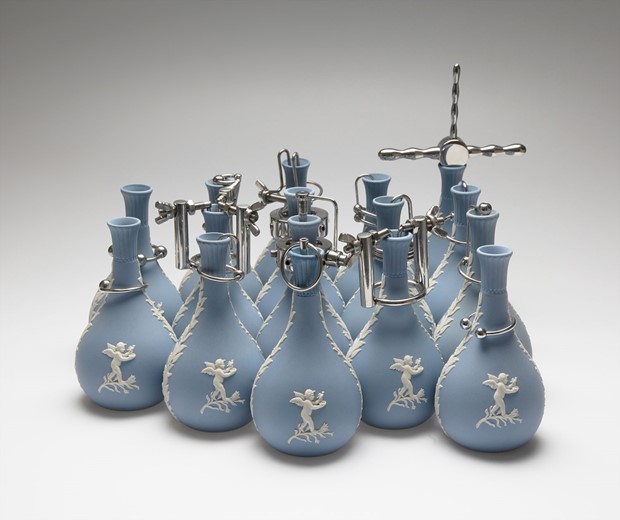 My practice acknowledges a repatriation into the rural landscape, dealing with compulsive hoarding and collecting. Recognising horror vacui forms the basis for my work, where art and the quotidian collide, creativity arises.

My work acknowledges elements of ‘Peacocking’ and Display or more accurately - Visual Merchandising (VM) - the notion of  ‘enhancement’, ‘animating’ and ‘transforming’ objects or (branded) products including the discarded and the unloved. Arrangements, displays and the positioning of objects, products and artworks are informed by a knowledge of visual merchandising and product placement. Alluring effects, embellishment and careful adjacency are paramount.

VM is a tool of commercialism, employed by artists such as Johns and Rauschenberg in their early lives, then revisited within their artistic practice.
I explore the methodologies – both formal and psychological – of display and presentation, borrowing from the languages of the museum, advertising, interior design and retail.

Consumerism excites and disgusts me - both fuelling my work - questioning and critiquing, but more importantly - it let’s me create mischief and mayhem…

Crepuscular works test visual and sensory perception. There is misinterpretation, little or no clarity, which can inspire mishap and mischief. Other senses need to be bought into play, I have been introducing olfactory elements to enhance and titillate, to add extra layering and meaning. I have been using ways to make olfactory sculptural pieces, ways that ‘enhance’ and add flavour by remixing and representing existing pieces.
I want to look into approaching galleries to pursue this further, linking other concerns with appropriating existing objects and collections and questioning the necessity of creating "New" objects. There must be be respectful repurposing and thought. Acknowledge artists like Cornelia Parker and Leo Fitzmaurice, with respect to the concepts laid down by Steven Claydon and Simon Starling.

I would also continue with my intrigue into heraldry and notions of branding, as an artist who uses a small but vibrant colour palette, I want to explore the meanings within this recognition and balance outside of my work, and in places out of my control.

I want to make more complicated pieces, combine the enhanced readymade, the acquired or the purchased. I want to look at the spaces within these processes and develop further with my passion for art manufacture and for generating ideas and questioning the reasons why we produce, and do the things we do. I have been looking into PhD proposals, this accolade and award would greatly inspire me.

I have always continued to practise as an artist after initially graduating.
I have also mentored and lectured students in art practise at Goldsmiths University, UAL and Central St Martin’s, London and at Leeds College of Art.
My endeavours have provided me with the opportunity to be involved in many curatorial events and special projects. Notable examples are:
Liverpool Walker Art Gallery - Big Art for Little Artists, The first gallery dedicated to children, assisted with a grant from JP Jacobs Charitable Trust and DNCS/Wolfson Foundation Museums Improvement Fund. The Little Artists provided illustrated characters to make an introduction to art for children, alongside educational projects with activity books and art trails. A role which overlapped consultation and maximum creativity.
National Society for Deaf Children - A charity auction event at Christies, involving David Beckham and artruist - a creative corporate art consultancy - artruist.com.
Contemporary Artists play Pictionary - Another charity led initiative involving Mattel and 50 artists including Tracey Emin, Marc Quinn and Mark Wallinger in an hilarious twist on the popular board game. A feat of diplomacy, drive and ambition, meeting with Charity and Mattel directors, PR agents and artists in their studios was a thoroughly rewarding experience. I originally proposed the idea and approached a few artists, then approached Mattel and The National Autistic Society with a formal idea. I collected and curated the works in an East London Gallery ultimately raising several thousand pounds for charity and raising its public profile. Exhausting but thoroughly enjoyable!

November 2018 - Present
Associate Lecturer at The University of Lincoln

My time is divided between my freelance creative retail consultancy and contemporary art practise and curatorial projects. Current clients include The London Transport Museum, The Shard and Transport for London, M and S and numerous independent retailers across the UK.
I have decided to use my talents in a different and unique way to further develop my creative, commercial and diplomatic skills in a consumer related arena.
Each client has very different requirements, unique engagement and dialogue is paramount in pinpointing what is needed to be successful and how this is achieved. My enthusiastic and personal approach has always ensured a trusting working relationship.
Lots of energy and team involvement made the process a thoroughly enjoyable experience.
I contribute in meetings and buying trips, alongside the online and retail teams and the marketing departments. My input to the future development of the museum shop is highly valued.

I worked part-time in the retail arm of the Tate Brand, a bustling modern art gallery with 3 shops.
My everyday duties included managing around 70 staff and transcending the Tate Brand with excellent customer service and visitor experience.
I brought my strong visual and commercial retail background to the gallery shops. My flexibility and flair allowed me to be involved in all new exhibition shop layouts, stock management and dealing with curators and other gallery officials.