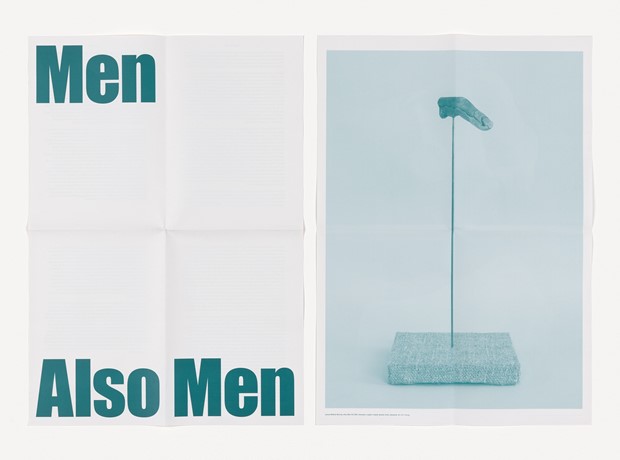 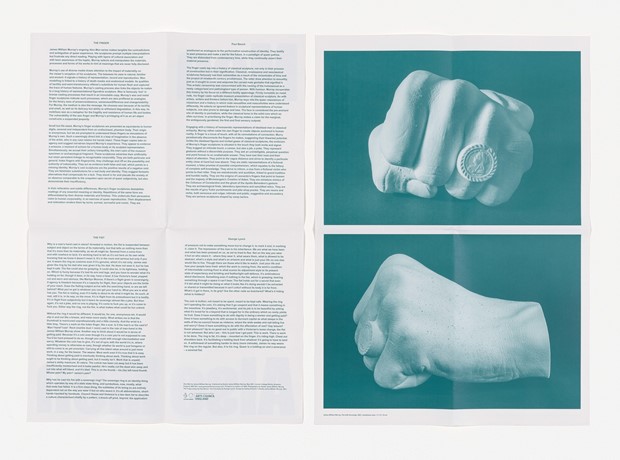 
Also Men is a new artist publication by Studio James William Murray. The publication can be unfolded with each side functioning as a poster print, should you wish to display it.

The title and visual language of the publication was inspired by a meme Murray saw about reductive stereotypes of masculinity. Also Men is also the title of a recent series of sculptures Murray made using broken casts of his index finger. He explains:

“My series of sculptures ‘Also men’ was conceived as a response to reductive identity politics perpetuated by social media. The also men meme fascinated me because it managed to capture and communicate something complex through minimal and abstract means, which is something I aim for with my studio practice. So in this sense it was as much an aesthetic interest as it was a political one. I wanted to make a body of work with a similarly reduced formal means, but one with open potential in terms of its political and poetic readings.”

The publication contains images of two new sculptures by the artist with accompanying essays Paul bench and George Lynch.