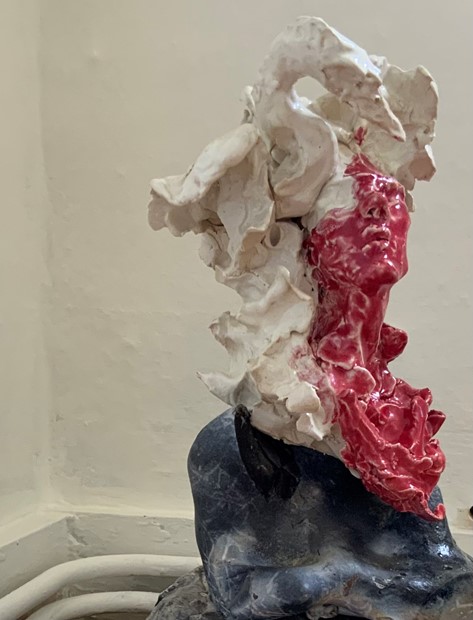 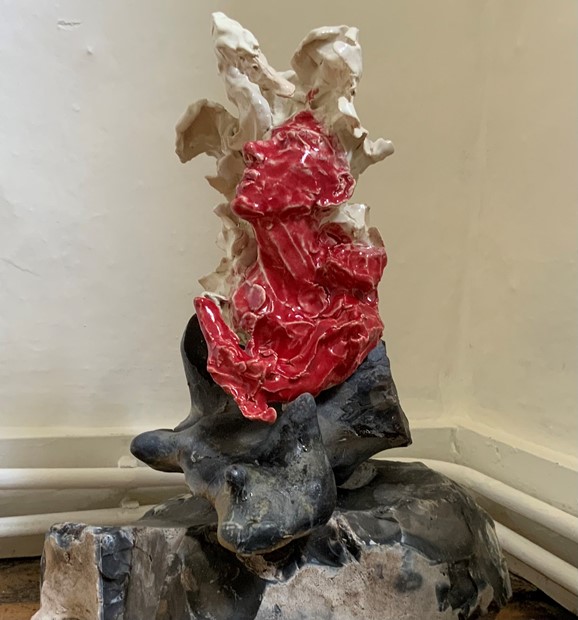 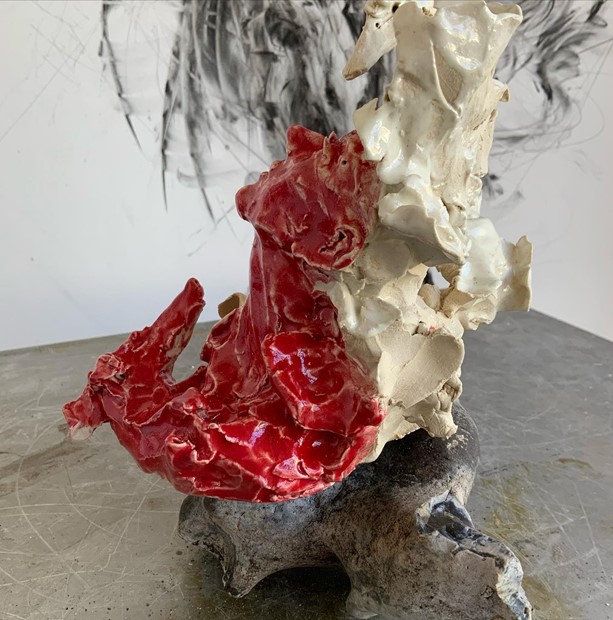 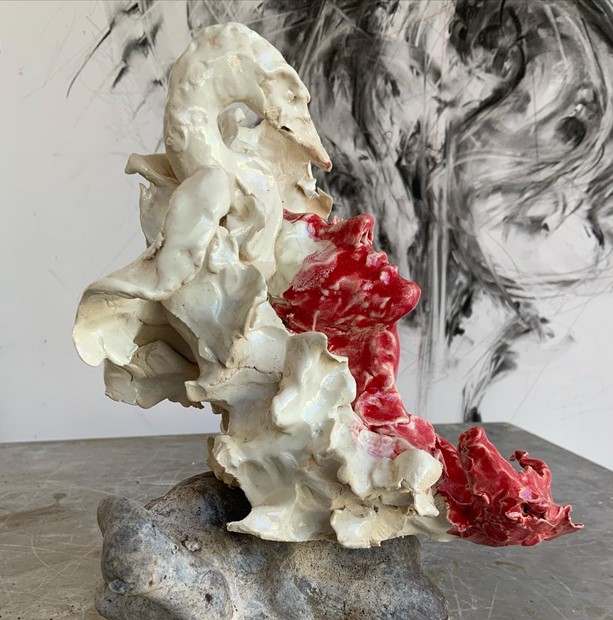 My sculptures come from the earth, they are drawn up from the soil and from the energy that is produced from the ground. I feel a massive urge to produce work that I can feel and hold and form; it becomes part of me and my deep emotional bond with Mother Nature.
The grabbing of clay in its raw state and with no initial idea of where the clay was going to be placed, formed or created, the energy in my hands produced the work. I was just the tool to be used for its own creation.

The Hunter hangs the head of his kill like a Trophy showing off his marksmanship adorning himself or his home for his own ego; glorifying the kill. ...the bigger the antlers the bigger the trophy.
I see my sculptures as trophies with the creatures around my head as adornments as the hunters adorn themselves with the kill. my work seeks to glorify them for their life and their freedom to be wild . Held aloft with the wildlife and the environment that surrounds me and the fragile nature that I stand upon.