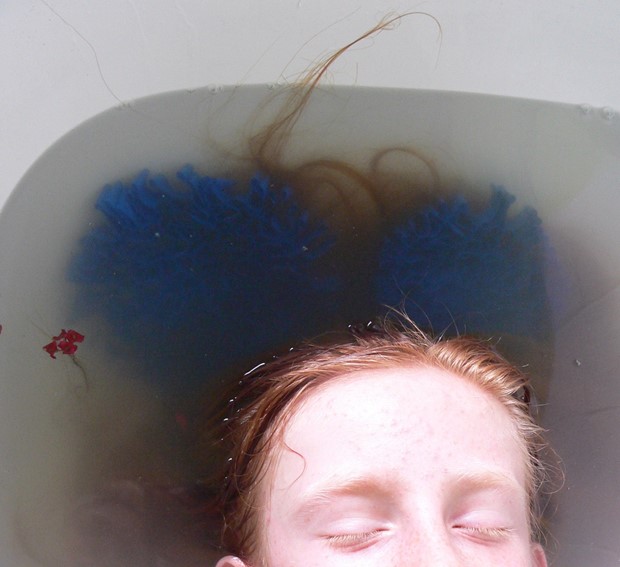 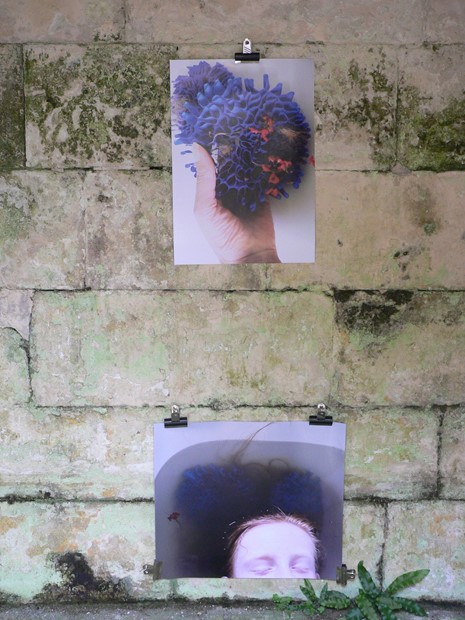 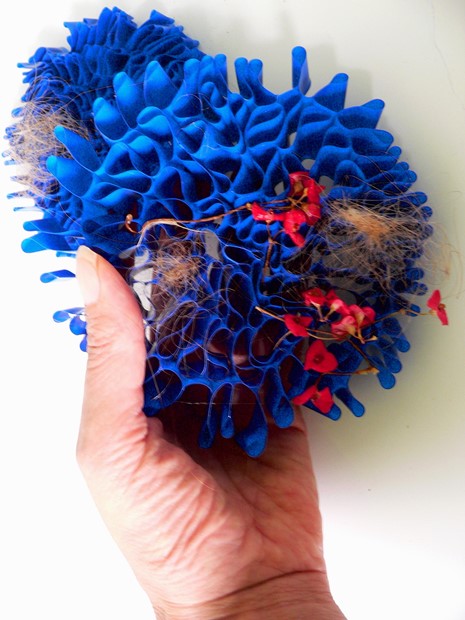 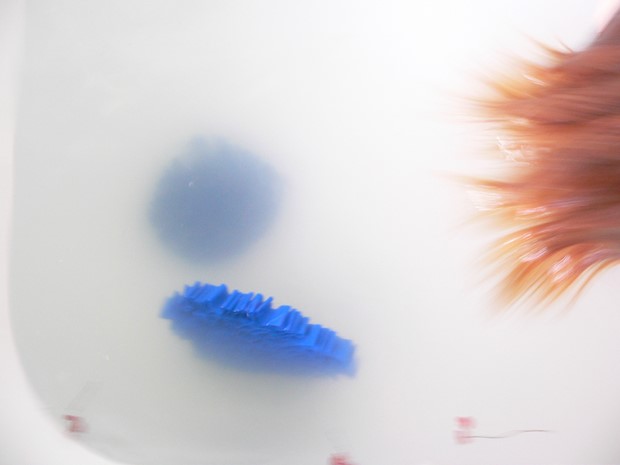 Sea of sighs was made in response to the derelict Cleveland Pools. Inspired by the empty children’s Pool, such a lost place. The only surviving Georgian Lido in the UK, closed in 1984 the site had become a haven for wildlife.
Nostalgia is often described as a sad, longing feeling made of memories ,imaginings and atmosphere which lets the layers of each emerge between historical and present time.Sea of Sighs was a process in progress over about a year. The work aims to capture the essence of the Pools as they were at the time. Plans for redevelopment to a heated Lido have begun.
The Installation made primarily from vivid blue electrical tape suggestive of pools of water ,teardrops or raindrops. Incorporated are photographs that evoke the absence/presence of the body within the space. Cleveland Pools was a fitting context for the work with its melancholic beauty and decaying past splendour creating a connection between the past and the present. Ideas of memory and place are explored.
The Interventions were shown as part of Heritage Open Days in Bath and and in Moscow in the exhibition Present, Perfect, Continuous at the Zverev Contemporary Arts Centre.