History of the UK in the EU - a finished/unfinished narrative 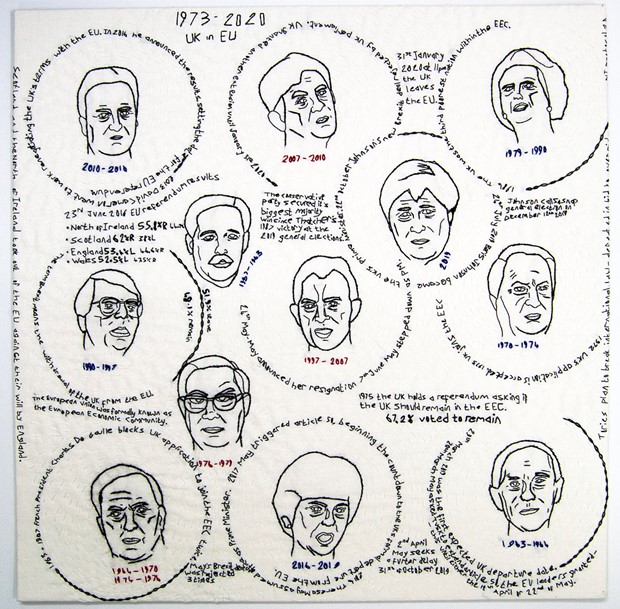 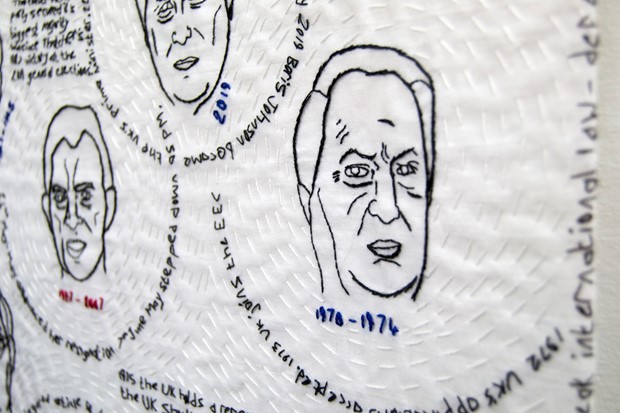 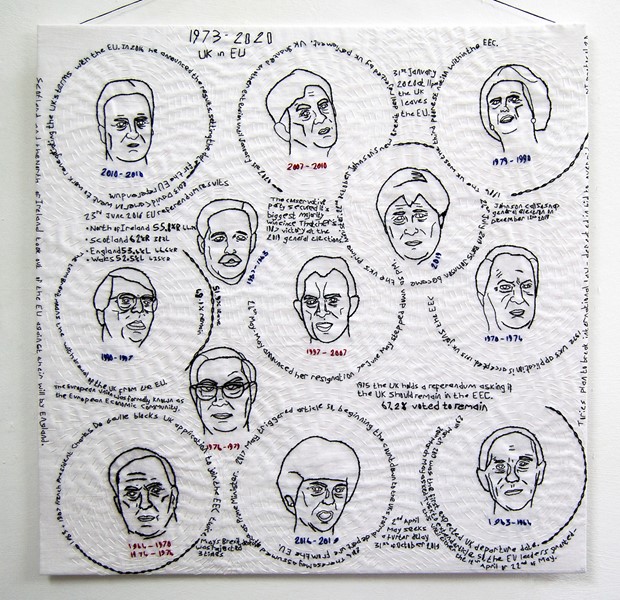 This is a finished but unfinished artwork, where i am researching the history of the UK joining the EU (Previously known as the EEC). It dates back to 1963, when the UK first applied to join the then European Economic Community but their application was vetoed by the then President of France, Charles de Gaulle. I have stitched key moments from 1963 to 2020 including the portraits of all the UK prime ministers that have been in power since this time with their PM timeline stitched in either royal blue (conservative) or red (labour) to represent their political party.

Furthermore, because 'Brexit' is an on-going and uncertain narrative, I have left parts of this piece undone including the stitched text coming of the edges which makes the text unclear and is falling off: this to me relates to Brexit resembling hovering over a cliff edge.